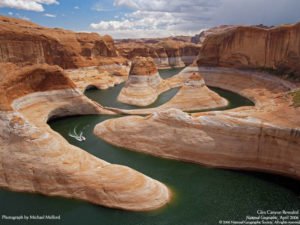 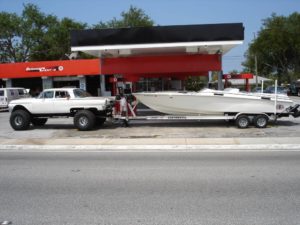 “Should we drive any further?”

Since it´s “only” five hours from Jackson, Wyoming, to Salt Lake City, Utah, and then another three to Capitol Reef, the decision was obvious: Hit the road! After a stop in Salt Lake City we drove to Capitol Reef National Park to see the stunning waterfold, narrow canyons and mars-like landscape.

As mentioned, it was a very spontaneous decision to head to Capitol Reef, which is probably the most underestimated of Utah´s “Mighty Five” National Parks and thus we had no idea what to do, where or how long to stay. The first night we spent just outside of the National Park on a small campground with a little fee (6$), because we´d heard that the campground in Fruita was full for the day.

We didn´t want to miss out on a stay at the campground amidst beautiful orchards, so the next day we started early to secure a spot within the boundaries of the National Park. The first attraction of the NP was Chimney Rock and the Goosenecks Overlook. Those two sights were very promising, and after a quick stop in the Visitor Center we were stoked to see the rest of the park. So we checked in to the campground and got a spot just a stonethrow away from a herd of deers with the biggest ears ever!

Again, our book came in very handy. We had read about the Grand Wash, and after the incredibly friendly volunteer at the campground approved that hike, we decided to head there in the evening. It was just a quick drive from the campground and a 30 minute walk (one-way), but that was enough to get away from the crowds completely. The massive, narrow canyon walls were impressive, and it was incredible to see fast the scenery changing as the sun slowly set.

But our new friend from the campground recommended not only that, but also a very narrow slot canyon “near” the National Park, which we explored the next day. Of course, the 30 minute drive he had promised us turned into a 90 minute journey, but it was worth it! We stayed overnight on BLM-land (free camping!) near the Goblin Valley State Park, just a couple of meters from the trailhead to the slot canyon.

Although the hike at the Grand Wash was great, it couldn´t beat the amazing Little Wild Horse Canyon! The whole area (San Rafael Swell) is known for its opportunities for canyoneering, but the Wild Horse Canyon is a fairly easy hike that everybody could do. A look at the weather forecast is necessary to check for flash floods, but on a fine day you can enjoy the canyon worry-free.

After the hike, we treated ourselves to a nice milkshake in the “town” of Hanksville. We expected Walter White to walk in any minute, because we had seen his RV at the gas station, but we couldn´t find him.

Since we were already close to Bullfrog Marina, we decided to head there next. Stay tuned for the next story!